The French president described the U.S. and China as ‘two big elephants, trying to become more and more nervous.’ 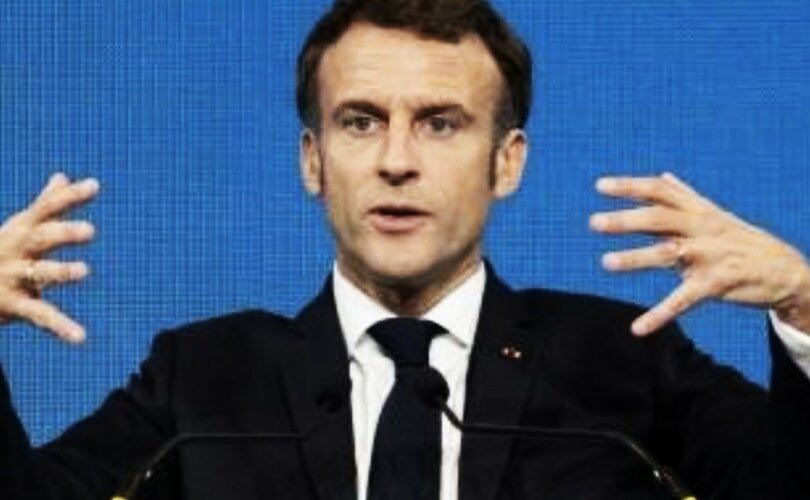 (LifeSiteNews) – Speaking at the Asia-Paciﬁc Economic Cooperation (APEC) CEO summit on November 18 in Bangkok, Thailand, French President Emmanuel Macron said that “we need a single global order” to deal with the current geopolitical tension between China and the West.

Macron made the plea in his keynote speech, “Navigating a Turbulent World,” asking, “Are you on the U.S. or the China side?”

The French leader said the world faced a turning point over three scenarios: the Russia-Ukraine war, climate change, and the confrontation of superpowers, namely China and the U.S.

He told the summit that countries must re-establish international rules and multilateralism in order to maintain global peace and stability.

The lead into his call for the “single global order” as his preferred response to international tension, he compared the major global powers to elephants in a jungle vying for dominance, no doubt appealing to the cultural importance of elephants in Thailand.

“A dynamic balance is the best way for nations to avoid being forced to choose between superpowers,” he said.

“Countries have to pursue inclusive, sustainable development to address inequality and instability.”

The French president also called on business leaders to “recalibrate” the DNA of capitalism.

Macron’s statements regarding a new world order seem to echo statements made during a panel discussion titled “Are We Ready for a New World Order?” held at the World Government Summit 2022 with several high-profile participants, including presidential advisers, CEOs of think tanks, and economists.

The World Government Summit is an annual meeting of elites from around the world, taking place in Dubai. During the meeting, world leaders discuss global governance processes and technological advances, among other things.

The recording of the discussion was flagged by YouTube as a potential “conspiracy theory” and a Wikipedia article that aimed to debunk any New World Order theory was posted under the video.

One thought on “Macron calls for a ‘single global order,’ asks ‘Are you on the US or the China side?’”